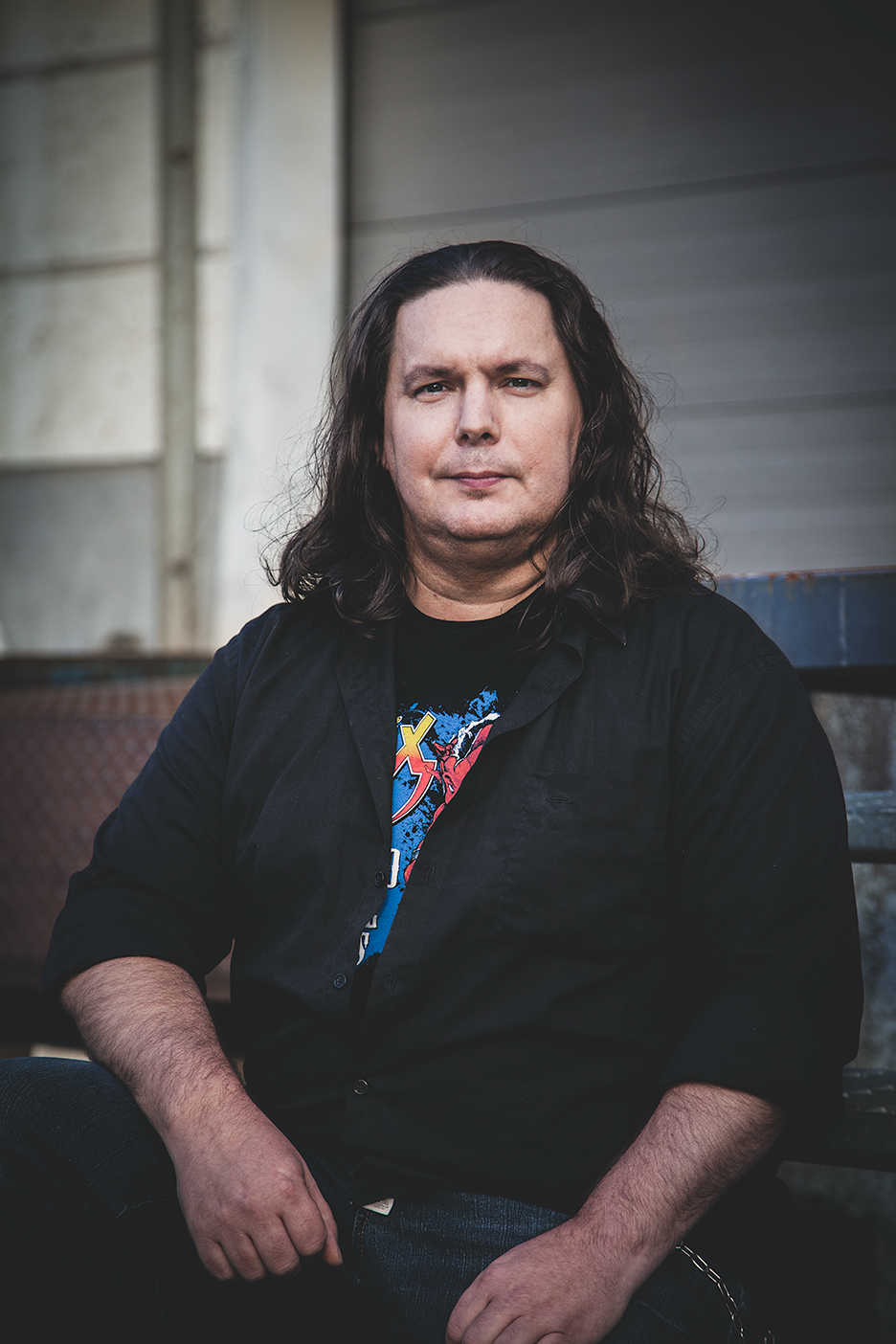 Micke Söderbäck is the bass player, backing vocalist and longhaired headbanger of Forth. Micke has been a part of many bands during his musical career – sometimes as the lead singer, sometimes as the bass player or sometimes as both. He got his first acoustic guitar at the age of five and joined his first band at the age of twelve. In school he was also in a few musical bands and later on did a small acting part in one of these musicals. When public school was done he concentrated fully on music for a couple of years and was involved in seven different music projects at one time allowing him to live and learn the life of a musician with rehearsals and performances every day of the week. In the summer of 2013 he met Brian through a common friend and after listening to a few FORTH songs, decided to join the band.